The Americans with Disabilities Act (ADA) Standards for Accessible Design generally is not considered a “sexy” topic, but it is an important one.

While many property owners have experienced first-hand how an ADA lawsuit can have a detrimental impact on a company’s finances and reputation, others still are unclear on what exactly the ADA Standards are and why they must be followed. Truthfully, the ADA is a sleeping giant that just is beginning to stir.

When you live and breathe these compliances every day, you start to get a beat on the consistent series of myths out there today. Here are five on the top you should know:

“I’ve got a building permit; my architect said it was fine.”

Let’s clear up something right here – a building permit does not mean anything to the ADA. Why? The main reason is that the ADA is a Civil Rights law, not a building code. Because of this, it’s  outside the wheelhouse of most architects. While only a licensed architect is qualified to make accessibility determinations (according to a recent court ruling in Kirola v. The City and County of San Francisco), it is important to make sure your architect specializes in the ADA.

“We can’t afford to make our site accessible.”

If you can’t afford to fix it, you definitely can’t afford the lawsuit if you don’t. The average ADA lawsuit settlement is $12,000. In addition, you most likely will have to pay the plaintiff’s attorney fees. And, you’ll be required to fix the problem. Bypassing the lawsuit actually saves you money. Additionally, planning your barrier removal in phases is a cost-effective solution that allows you to save money by prioritizing the more pressing ADA issues and scheduling projects according to your plans for other updates.

“My store is grandfathered.”

The biggest misconception about accessibility is the notion that your store is “grandfathered.” We hear this all the time. “We don’t have to do anything, we’re grandfathered.” Write this down: There is no such concept as being “grandfathered” when it comes to the ADA.

“People with disabilities do not come in my store.”

If you don’t have many individuals with disabilities coming into your store, it might not be welcoming to them. In addition, consider the fact that not all disabilities are apparent. Visual impairments, hearing impairments and a wide range of mobility challenges are all considered disabilities. In the United States alone, 51.5 million people have some kind of disability. And with the Baby Boomers aging, that number is increasing rapidly. According to the U.S. Census Bureau, the discretionary spending of individuals with disabilities totals $220 billion.

“NIMBY (Not In My Backyard!) ADA lawsuits don’t happen here.”

Just because it hasn’t happened yet doesn’t mean it won’t. ADA lawsuits are on the rise, and they’re starting to include previously quiet states such as Idaho and Nebraska. A scary phenomenon that’s emerged over the past few years is that of “drive-by” lawsuits. Individuals and attorneys looking to make easy money are targeting businesses with obvious barriers such as improper accessible parking spaces. One recent lawsuit targeted a small convenience store in Idaho. The plaintiff was working with a serial ADA litigator, a law firm based all the way in Pennsylvania. Accessibility is not a local issue.

So, what is the solution? Start planning now. Don’t wait for a lawsuit to happen. Make the necessary changes on your own time and budget now. By doing this, you not only will save yourself a costly settlement and legal fees, but you will be providing better service to all customers. 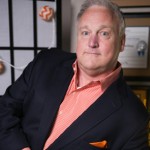 Brad Gaskins has more than 30 years experience in the practice of architecture and a comprehensive understanding of professional practice nationwide. Brad brings a unique and valuable perspective to The McIntosh Group’s practice and clients, with a specific expertise in the Americans with Disabilities Act (ADA) and national building codes.  Brad has gained recognition as an expert witness for clients with ADA compliance complaints. He represents NACS, The Association for Convenience and Fuel Retailing, as a full voting member on the International Code Council (ICC), American National Standards Institute (ANSI) A117.1, Consensus Committee on Accessible and Usable Buildings and Facilities. His objective is to share, with the committee for their deliberations, the potential impact of the standards on the convenience store and truck stop industry.