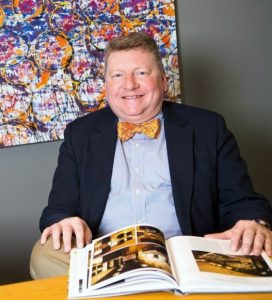 Horgen has worked in the architecture industry for 27 years, joining The McIntosh Group in 2002. He also serves as a Commissioned Reserve Police Officer for the City of Tulsa.

Horgen’s expertise with project, program and rollout management is a valuable resource to The McIntosh Group’s clients. His experience spans the restaurant, banking, convenience store, residential and retail markets, and he was instrumental in the development of the proprietary technology McIntosh uses for ADA Program Management.

“We have a vision for the future of our company, and we want our employees to share that vision,” Founder and CEO Lanny McIntosh said. “Bruce shares our vision. It’s our goal to have many employees take ownership. His leadership and commitment is an impactful step in that direction.” 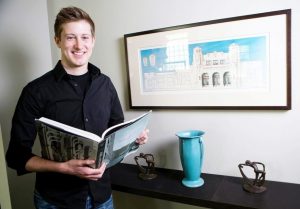 Husmann has a keen eye for design and a creative problem-solving approach to projects. Husmann has worn many hats at The McIntosh Group, but these days he spends most of his time managing a large national program for a retail client with hundreds of locations.

Husmann joined The McIntosh Group in 2011 and became a licensed architect in the state of Oklahoma last year.

The McIntosh Group is a nationwide design firm specializing in accessibility, brand management and program management solutions. Based in Tulsa, Oklahoma, McIntosh is licensed in all 50 states, the District of Columbia and Puerto Rico. For more information, visit www.McIntoshTransforms.com.